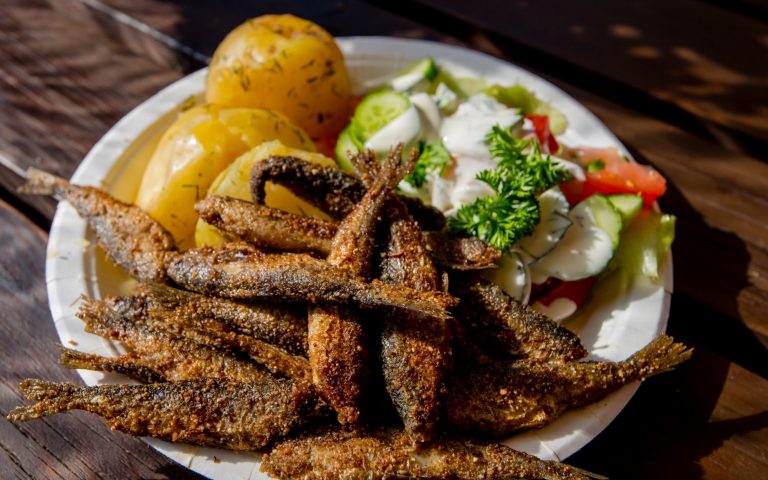 Vendace, or “muikku” in Finnish, is not only a very tasty little fish but also a central part of any visit to the Saimaa area in Lakeland, Finland. Just about every Finn, big or small, has eaten vendace at least once because it’s one of the best specialities of the Saimaa region. Vendace (also called “white fish”) is usually pan-fried or smoked, or traditionally as “rantakala,” prepared as soup on the beach in a pot with a knob of butter and nowadays perhaps herbs and potatoes. The saying goes that it will be cooked by the time your nets are cleaned! Vendace roe is also very popular as a delicacy.

“Muikku” is such a part of the Finnish culture that when someone takes a photo, it’s the go-to word to say when getting everyone to smile, just like saying, “cheese!”

The vendace (Coregonus albula) has been named the “fish of the South-Savo region,” really only thriving in clean waters and mostly in reasonably large and deep lakes. It is one of the most significant and versatile food fish in Finland along with a few others such as whitefish.

Vendace is a good source of fatty acids, especially DHA, which accounts for 20-40% of all fatty acids in vendace. This makes it an excellent, healthy food option; it’s a true superfood!

A special feature of this freshwater fish is that it’s not quite so “fishy” and is really enjoyable. It can be eaten complete with head, bones, fins and tail since they are so soft and almost melt in the mouth. It makes for a delicious meal, best served as a snack or appetizer.

Finland’s vendace – the best on offer

The vendace stock of Saimaa has something particularly special; “Puruveden muikku” or vendace from Lake Puruvesi. Puruvesi is near the town of Savonlinna and slightly separated from the main Saimaa lake system.

Its lakeshores consist of mainly gravel and sand, and it has hardly suffered from water-clouding humus washing into the lake. The water of puruvesi is remarkably clear; daylight can reach up to 20m deep into the water while elsewhere around Saimaa it might reach an average of 10m. Due to the large amount of sunlight, the vitamin D content of Puruvesi vendace is higher than its counterparts in darker waters.

In 2013, “puruveden muikku” was added to the registers of Protected Designations of Origin and Protected Geographical Indications. The names are a guarantee of the origin, raw materials and production processes of the vendace as a product, and that translates to quality.

The food of Lake Saimaa – where to eat